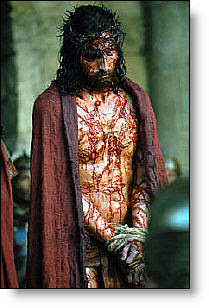 Every so often I get into an introspective mood, and, in reflecting upon different things, I find not just answers...but ever-deeper questions.

Of late, I've thought a lot about humiliations. We have all suffered them. Sometimes the humiliation seems worse from our own perspective, but outside observers in reality didn't even notice them. This phenomena reveals not so much the situation, but, through our sense of embarassment, our own Pride, especially when we attach more significance than do others.

But sometimes the humiliation is real, and in that moment, we have to decide how to react when we know any reaction is going to be a personal loss.

A particular incident came to mind today, one I'd prefer to forget, and of which I've never spoken to anyone in my life, nor do I intend to reveal the details here. There were many witnesses, there was an aggressor...and I remained silent, refusing to give in to the provokation.

Some of you may remember the bizarre scene from "Saving Private Ryan" where the Nazi soldier slowly pushed a knife into the heart of an American in the midst of war-blasted ruins, shushing him in an oddly comforting way, as though only giving a vaccination to a child. It was brutal, tangible evil juxtaposed against silence and shock, understanding and disbelief, cruelty and comfort, melding all into one.

That scene is eerily like mine; a "knife" being slowly inserted into my heart as I tried to maintain a flat affect, showing neither anger nor fear (although I do remember a bit of defiance which surely must have shown.) My aggressor and her friend were also weirdly silent, for their very actions were far more than words. I can still see the hard glitter in their eyes, the cruel curve of their eyebrows, the haughty twitch at the corners of their mouths as the torture was carried out. The noise in the hallway faded away if only in my imagination. I still remember meeting my enemy's eyes, and then she turned away with her shadow, disappearing back into the wall of faceless teenage humanity. I walked down the hallway to my next class, resolving not to cry, not to show any weakness.

It is in remembering these things, now with a perspective of faith, that I have come to see a greater lesson in that humiliation. It is from there that I can see Christ, and know the same silence in the face of persecution.

It is from there that I can understand forgiveness, for it wasn't I who was being killed; it was the one carrying out the aggression who had the greater loss of dignity. In seeing that, it's easier to forgive. It's easier to unite my sufferings to that of My Lord, for He experienced what I did, and far worse...for me. Carried out...by me.

It used to be that I was ashamed of my silence in that moment, but over time, through a less emotional persepctive, I learned to see that silence in the face of that personal injustice was far better than retaliation or even defense, which would have provoked my aggressor to even greater depths. Instead, I think she might have been unnerved.


Silence of The Lamb 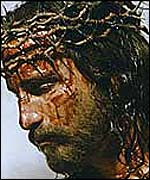 Of late, I've been thinking a great deal about the silence of Christ in His Passion. I can envision his bloody countenance, mute in the face of King Herod's taunts. As one person recently observed, what does that say about the state of Herod that Christ refused to speak to him?

And consider Peter, who denied Christ. In the movie, the Passion of the Christ, just after his last denial he looked up into the sorrowful, uncondemning visage of Jesus....and was convicted. It makes us realize that it is only when Our Lord looks upon us in mercy and silence that we can recognize our sin and our guilt. Only when we fail to squirm under that gaze of sacrifical love do we know we are truly condemned.

Silence can speak volumes, especially in humiliation. And that silence echoes until the lesson is learned and taken to heart.

God, grant me even greater humiliations, so that I will love You more deeply and convict myself more firmly. Amen.

Haven't you gotten the memo? The Passion of the Christ was a snuff film.

Cygnus forgets: It is the story of a mother who is powerless when her son is dying...

But as for silence: Too often passivity is due to poor self esteem, the feeling that you don't have the right to defend yourself...

When Catherine Doherty of Madonna house was married to her first abusive husband, she similarly kept silence, uniting her sufferings with Christ...but she ended up almost suicidal from internalized anger that she was unable to express.

A priest pointed out to her that she read the gospel wrong: That Christ indeed did defend himself against Pilate...

No one has the right to emotionally hurt you. NO ONE. And you do not have to remain silent in the face of humiliation. You are a child of God...and have human dignity.

There are indeed times when silence may be the best defense, such as when the person is in authority to you and you don't want to lose your job.

As for Humility: I was like you until I read Andrew Murray's book Humility...humility is not "being humiliated and taking it": it is seeing yourself as God sees you...your mistakes are then seen as a loving mother would see them: she loves you anyway.

boinky ~ I think you're reading too much into this. I'm not comparing humiliation with the virtue of humility. Indeed, I would totally agree with you that humility isn't putting your head down and taking abuse. And I've NEVER considered that to be humility.


In this post I am speaking of ONE. SINGLE. EVENT. in which I actually was not able to defend myself for reasons I won't discuss. And I'm glad now, years later, that I didn't. For the reasons I addressed.

So again, please do not misunderstand and misinterpret what is going on here. I apologize for the confusion I apparently caused so if I can edit to make that clarification, I will.