I think I have writer's block, apparently a mid-summer malady, as it seems to be affecting several bloggers.

Anyway, I'd like to thank those of you who have so generously donated money to help pay Fire's vet bills and for Grad school. I haven't yet heard from the program director at IPT, but that's not cause for alarm. He may very well be incommunicado this week due to vacation...so if no response I will call IPT and get a message to him. Additionally I will also post my book list in case someone out there has what I need and doesn't need it for themselves. My main shopping will involve used books, just like when I was an undergrad, except now that world is my bookstore, not just the overpriced college shop.

As of the end of the day tomorrow, it will only be two more weeks of a regular paycheck, and then they should pay out my earned 60 hours of vacation time, which will take me to mid-August. And then, as now, I'm on God's graces.

When are any of us NOT on God's graces?

Tonight, though, I'm going to bed early. I'm exhausted. Fire is doing OK, is limping and still on twice-daily doses of Rimadyl. But he's taken to hopping so as to move along more efficiently outside, only using his bad leg when he has a need to walk slowly or put it down to support himself at the right moment. I'm not sure if it's my imagination, or just some muscles atrophying, but I think there is a knob forming, which it can't be...can it? Can cancer grow so quickly?

I pray it's my imagination. Mom always did say I had a vivid imagination. I really wish it was less vivid right now.

The last few nights have been rough for Fire. He has had a very difficult time getting comfortable, even though I bring the dogbed upstairs for him along with his kennel blanket (an old comfortor) for extra padding. Then he'll go to the futon I gave the dogs (it's old), and as he tries to first climb on and lay down, which used to be very easy for him, now he struggles, pants, shakes, turns and figits, the piece of furniture creaking all the while. Occasionally he also jostles against the bed, and if I have managed to start to drift back to sleep, I am nudged wide awake.

It doesn't help that the last couple nights were very warm, and even with the AC on, it doesn't do much in upstairs of my townhome, so I still have to make use of a fan, which blows on me all night. Which is uncomfortable, noisy, even for a quiet fan, and then I end up watching the clock and realizing I have only 4 hours to try to get good sleep...make that 3 hours and 40 min, or 3 hours and 30 minutes. Jump to 3 hours...then 2 and one half hours...you get the picture. 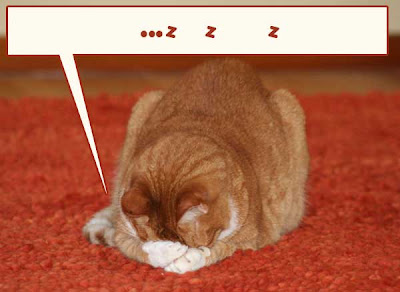 Prayers continue. I have writer's block too.

Work is going to ramp up to almost unbearable proportions in the next few weeks so I have no idea how much I will be posting. In any case you have my email!

hidden one ~ Thank you.

Take care, and have faith in the Almighty who will surely provide for you and grant you a much-deserved peace very soon.