To Change a Life 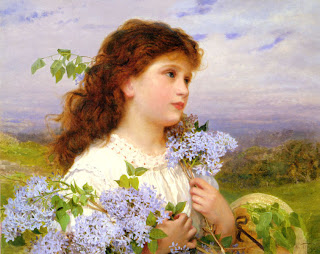 When I was a little girl, I was painfully shy. I realize that people who know me find this shocking, but I have story after story about how I wouldn't speak to people, how I would hide behind Mom or Dad when meeting even beloved relatives, how I would literally HIDE behind furniture in order to avoid greeting people.

When I went to school, I was just as shy and reserved. I preferred to be by myself. Talking to new people was terrifying, and I only developed friendships slowly, usually initiated by them.

In the classroom, I was quiet, I didn't speak up, I didn't cause trouble, and my report card frequently noted some version of the idea that I was a daydreamer. Yet they also noted I was a good student, but not working to my potential. I always had good grades in reading and spelling, always had bad grades in Math. But my average was a "C" and so I slipped by in my solitude, allowed to glide along because I was neither the brightest nor was I the opposite, a student in need of constant attention.

Some teachers noticed on occasion that I simply wasn't being challenged, so they challenged me, I always hated it...but I always took something away from the experience that took me to a deeper level.

In fourth grade, I couldn't seem to find a good book in the library. I happened to be afraid of experimentation, didn't want a book I wouldn't like so I ended up choosing something I'd read before - twice. My teacher caught it, grabbed a book off the shelf and ordered me to read it.

It was "Wild Violets" and that book became a beloved friend. If anyone has a copy of it they want to get rid of...let me know! I will either ask you for it or demand that you read it carefully!

In fifth grade, we moved and I had to get used to a new school. It was like kindergarten all over again and everyone was in some sort of clicque. But I didn't really mind...not having friends gave me more time to read. But slowly, I got to know a few people and I was better at coming out of my shell.

My fifth grade teacher recognized my attraction to the written word and helped me along. That year, we had to submit an essay to the local newspaper as part of a writing assignment. Our town had six elementary schools, and they chose the best essays from among them. I won first place and my award was to not only have my essay published in the paper, but I got to ride on a float in the Heritage Days Parade!

Then came 6th grade. That teacher had a reputation. She knew it, she wore it well, and she set the limits on the first day and let us know that all the rumors were true.

She was also the first to notice that I had been allowed to slack off every grade up to that point, and she wasn't having any of it. It started off with a lecture to the class about what Jr. High would be like and she was going to make sure we were prepared.

There was no more daydreaming in class...there were consequences for that. There was no more bad handwriting. She literally made me move my desk into the hallway for two weeks and re-write assignments. I was only allowed to join the class for class lectures, but the moment it was time for time to do the work, I was in the hallway and she had to approve the handwriting on everything before I turned it in.

I'd like to say this lesson stuck, but only until I got to Jr. High, and then my handwriting degenerated again and it was suggested I should become a doctor.

She also enrolled me in "Great Books", sort of an in-school program that took us out of class to discuss writings and authors that went beyond the regular level. It was meant to challenge us and it did. We'd be given an assignment each week, read it, and come back the following week to discuss what we'd read. It was the first time I'd ever been included in with the "smart kids" and it took me totally by surprise.

Prior to sixth grade, I'd only been "average" or maybe "below-average". But Ms. Beatty recognized something in me that had been missed previously, and even as she beat my bad habits out of me, she elevated my talents. To this day, I firmly believe I would not be where I am without her encouragement, as painful as it was.

When I went to Jr. High, I was ready to be there and was blessed from then on with a host of wonderful teachers, some better than others. It was hard to be one of the "smart kids" at that point in my life, but thanks to one teacher who recognized that I had potential, I didn't let the culture get to me.

I'll admit I still slacked off...if I wasn't challenged and MADE to do what I had to do, I settled for a "B" in a class. In an English class, we had the option to choose a grade. I actually chose a "B" for that project because I was not interested in what was being read for an "A". I made my choice consciously, got my "B" very easily but in the process, disappointed my teacher. She knew I could do better, and so did I; but then, just as now, I liked to take the easy route.

I graduated in the top quarter of my high school class. I graduated in the top third of my college class; I could have done better but admittedly, in the courses that didn't interest me, I only did enough to get by. I do not encourage this trait. And Ms. Beatty could only do so much, back in sixth grade. I will say this, though; because of her, I KNEW when I was slacking off, and I did so consciously.

Now here I am, entering Graduate school. I know that I am being academically challenged, I'm fascinated by what I'm learning, and I'm also completely undisciplined. I'm not likely to find Ms. Beatty in a grad school classroom. Somewhere, in all this, she has remained with me, though, for I have worked hard this spring on my one class, not wanting to succomb to mediochraty. But without discipline, I will not be able to do next semester what I have done with this class. Sometimes, as painful as it was to be forced to take responsiblity, I wish there was still someone around to make me live up to my potential.

But that's part of being an adult; we can't rely on others to have our best interests at heart anymore. The teachers we grew up with are not there anymore; they gave us what they had, they did what they could, and they passed us on to the next level. It's up to us to remember their lessons and continue to embrace them, even well into adulthood.

It doesn't take much to change a life. I thank God for Ms. Beatty and all my other teachers who didn't let me slide on by. Had they not recognized my abilities as well as my faults, I would have been lost forever. What would have become of me?

Take some time to remember those teachers who helped you realize who you really are, and who taught you, even in subtle ways, not to settle for the status quo, but rather, to reach for new heights no matter how much it hurts to get there.
Posted by Adoro at Monday, April 30, 2007

Thanks for the "Wild Violets" book suggestion. I have tracked it down.
The author is Phyllis Green. The book is on amazon but it very pricey so I just requested through interlibrary loan.

You might be surprized at the profesors in your Gradual school who will challenge you to be better than you are willing to be. It happens to me.

Alibris (www.alibris.com)is the place to go for used books! Much cheaper than Amazon.

Your only problems is whether you're talking Phyllis Green or Ruth Baker Field. (The latter doesn't sound like the right one!)

Another good post, Adoro. Your stories fascinate me. You really are a good writer!

I did an Amazon search, and the one by Phyllis Green appears to be the correct one. The short description of the story doesn't give enough info, but by contrasting it with the 2nd one, which is a horror story, we can rule THAT one out!

The story I read and re-read and re-read is about a little girl who just didn't fit in. There were many references to a fairly recent Polio epidemic that affected and was still affecting people in that time period.

I may have to order this book and re-read it now that I am an adult.

I'll check with the local library when I have some time to do "fun" reading when my class is done.

Except that my summer project is TOB....

*sigh* Somebody remind me that adults should get to have fun, too.

Are we having fun yet? Is this the fun part?

Just to remind ourselves that we had chosen to be in the class.

You deserve the right to allow yourself some type of diversion just for fun.

I have read a book that wasn't assigned, or played a video game, or done something else just for fun one night a week, just to remind myself that it isn't all about school.

"I wish there was still someone around to make me live up to my potential.

But that's part of being an adult; we can't rely on others to have our best interests at heart anymore."

It's also a part of growing up spiritually, not blame shifting for our weaknesses, not praising ourself for our accomplishments, not shifting responsibility for personal growth to others. I believe as we take responsibility God will also bless us with those who will encourage us and help us because it's still true that we need one another.

God bless you (and, good writing)