Today I came across something that reminded me of the idealism of my youth. When I was 15, my Dad was still living, and in fact, lived in Minneapolis. And so it was that he taught me how to drive, giving me a range of experience on freeways, crowded side streets, labyrinthine lake-side neighborhoods, and your typical urban reality from the point of view of a car. I still value these lessons, especially considering that I have lived in the Cities since I graduated from college, and to this day, I remember my Dad explaining calmly how to navigate the highways and byways. It was exactly what a Father-daughter relationship should be like, and I remember how proud Dad was as I drove his big brown Olds.

Because I could finally drive, Dad was happy to hand me his keys, and one evening I had the honor of driving him out to a restaurant in the West Metro, where we were meeting his co-workers. In lieu of a picnic, his employer had rented a yacht for a cruise around Lake Minnetonka. It was a beautiful evening, and I spent most of it on the bow of the boat, not able to enjoy “happy hour” with the adults, but fully content to observe the lights on shore and enjoy the breeze created as the boat moved through the open water.

That evening, my Dad introduced me to his Manager, and we had a wonderful conversation. I was somewhat awed, realizing that I was almost old enough to have a job, knowing that this was the kind of person who might hire me. Knowing that even though I was only 15, I was old enough to act professionally, and of course, given that I was there with my Dad, I wanted to give his Boss a good impression…I certainly didn’t want to do anything to ever embarrass him. I knew that a good impression of me reflected upon my Father and Mother.

Well, no worries. She was very impressed with me (and I think she might have been schnockered, too). In any case, she gushed, “Oh, you are going to do some really great things, I can just tell!” And then went on with her litany of praises for me. I was quite flattered, but admittedly, also intimidated…how could I EVER live up to such an opinion?

Even since then, I’ve run into various people in various places who have (in a less pickled manner) stated that they foresaw that I would go ahead and do “great” things. So it was that when I graduated from college, I was ready to move on to these "great and spectacular things" that life apparently had in store for me. So many people I respected couldn’t be wrong! And I felt the challenge...I was being called to live up to their expectations, and mine. 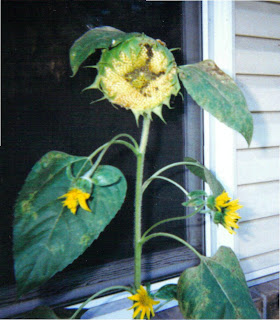 Life hasn’t been what I expected, though, and now that I am well into my adulthood, I consider my starry-eyed idealism, and wish I could have it back, even for a day. I think all young people have a desire to go out and place their own special mark upon the world. They WANT to do great and spectacular things. Idealism was MADE for the young, and without that, I’d argue that nothing of any note would ever be accomplished. Because all too quickly the world loses its luster and the lights seem to go out. Reality can be harsh.

I couldn’t tell you the moment when the stars fell out of my eyes. I don’t know when that happened, but I have had plenty of time to look around at my decidedly unspectacular life, and some times it’s staggeringly disappointing. I look around and think to myself, “What happened? Where’s the greatness? Where did my life go? And all the big dreams I used to have? Where’s the promise that I never lived up to?”

It’s all gone now. That’s not to say my life hasn’t been an adventure; it has been. I’ve done things I never thought I would do, had opportunities I never would have considered had they not fallen into my lap, and I have experienced agonies that in the end, have made me a better person. But in a lot of ways, I feel like I lived an entire lifetime before I hit 26...and since then...nuthin’.

Nothing spectacular. Nothing great. Things I THOUGHT would be wonderful...weren’t. Things I thought I would do and accomplish...never happened. Won't ever happen. (To some of those I say...THANK GOD!) Welcome to adulthood.

Every so often, I get into this mode of assessing my life, thinking, “What next? Where am I going? What am I doing? Why? For whom?”

And I often have to ask myself...how did I get so jaded? When I graduated high school, I had the world in front of me. When I graduated college, I'd narrowed that world and I *knew* I was going to do some really wonderful things. I'd come into my own, I was ready...and proceeded to fall flat on my face. And I think I've pretty much been there ever since.

When did I become so rhetorical?

Yet, I know that some of this is the dischord that comes from the world's standards of "success" and "greatness", and God's standards. The biggest question really isn't whether I'm living up to an echo of a drunk manager on a boat on Lake Minnetonka. The biggest question is whether I'm living up to what God wants me to be, and if I'm headed where God is directing me.

But I'm still human. I still crave that "success" on some level, I still measure my life according to a standard I'll never meet, and I know I have to come to terms with that.

It's true, that in some ways, I want the stars back in my eyes, but on the other hand, I'm glad they're gone. It's good to see the world as it is, stripped naked, the glamours gone. It's good to know that this is not all there is, and we are called to something far greater than anything that can be provided on this earth. 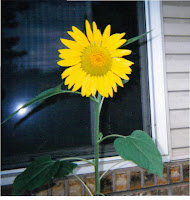 When I look at myself in the eyes of the world, I don't see my value as a human being. But when I step back and look at myself and my life from the perspective of what I know about God, well...I see hope. A lot of it. Not a saint by any means, but hope. Because life isn't over, and it's only because I'm so jaded that I can see God at all.

Not 'jaded' as you say. But a 'Jade' - precious. You are put here for a reason. Maybe not to woo the world, but maybe to guide others through your gift of language...your gift of thought.

Only God knows how many people you have brought back to the faith, or guided them to the Truth. Keep walking with the Faith of God. If He wants to reveal to you your path, He will. It can be very disheartening and frustrating when we feel like we are not doing any 'good' ... not following God's plan because we are not certain of His plan. Just waking up in the morning, saying prayers, trusting God, and trudging away maybe God's plan right now. He may be strengthening your faith for what is to come. Only He knows.

Just remember - You are precious! You are a Jade!

I'll say a prayer for you tonight.

What Anonymous said!
As for feeling "jaded", life does that to you. I don't know when the stars fell out of my eyes; I guess it was when I could no longer avoid a reality check, and I had to finish growing up. I guess I am still finishing growing up.

I've found as I've aged (like fine wine, of course) that my goals have changed not because I've thought myself less capable but because my values have matured.

When I was in high school, I wanted to make it big in music. When I was in college I wanted to be a writer and to teach at a university. (Of course, that could still happen.) Now, I want whatever God wants of me. That can be as simple or as grandiose as God wills. I still go through phases where I imagine I could do other things than what I'm doing, but the need for workers in the vinyard always seems to keep me in this particular path.

to use a baseball metaphor [you do remember what baseball is like now that the twins are doing pretty good don't you?]: "You don't have to hit all home runs ... a person who can successfully get hits - singles, doubles, occasional triples - will usually cause more runs to be scored than will a home-run hitter."

That is doing something great ... or as St Therese plied "...to do little things well."

Even now I can say "Wow! I am so blessed just to know her."