We Are All Called to Death

Recently I learned that the father of a dear friend had finally passed from this world into eternity after a long battle with cancer.

My friends, I don't enjoy funerals. They are awful, they are terrible, they are sad, and I say this because every funeral I attend reminds me of the night I saw my Dad for the last time...in the casket. I remember the weirdness of the Protestant-with-secret-Masonic-ritual-afterburner rites, the cheapness of it as he had no money nor did we, so couldn't even afford a funeral in a Lutheran chapel. With every funeral I attend, I remember the grief, of the discomfort of the folding chairs, my mother staring at me constantly with her cat's eyes ready-to-pounce expression as I cried very natural grief. Then we were called forward from some odd reason to come to the casket for one last time to stand there and publicly grieve and then turn and FACE the audience while the Pastor or random person presiding over this show (whoever he was...I still have no idea) said some words and then we were finally allowed to go back to our seats so that we could stop being a public freak show of sad people.

But that was my weird experience. Had my Dad been Catholic, it probably wouldn't have been so bad. Part of what I experienced in his death was the absolute trauma of the alien-ness of the service, devoid of anything I'd ever understood a funeral to be, and the fact that after the funeral he was cremated but not buried until spring. I believe his remains were brought to a mausoleum but I have no idea if he was just tossed unceremoniously into the ground come spring or if someone was there to prayerfully lay him to rest. I have no idea.


Every funeral since then has reminded me of that; we tend to be marked by the funerals of those we love the most.
So you see, even though I have a Theology degree and understand the theology of redemptive suffering, and I believe in the Resurrection and look forward to it myself, that doesn't make funerals any easier.

It took me aback, therefore, when my brother and I were asked by the grieving family to bring up the Gifts of bread and wine. I wanted to refuse, but remembered as a child when our family was asked to do this at a Sunday Mass. Mom was very excited and said to us with shining eyes, "This is a great honor!"

I didn't understand that, but we did what we were told (or invited, rather), and returned to our pew.  I've never forgotten those words, though, or the action, even though the import was totally beyond me at the time:: to bring up the gifts at Mass is a GREAT HONOR.

So it was that when my brother had asked me if we could/should do so at today's funeral Mass, I said "Yes."

No hesitation.  Not outwardly.

Interiorly, I didn't want to go to the funeral.

My dear friend had confessed that she wasn't at all sure what condition she or her  brothers would be in during the funeral, and the moment I heard that, I knew she was asking for very real help. I couldn't forget standing before people at my Dad's funeral....I knew that I could do this for her, and in her and her brother's names. And, in the theology of the Liturgy, I knew I could bring the gifts forward in the name of all, the symbol of the offering of all.  I could to at least that out of love for my friend and her family, and her dear, dear father.


Still, something struck me during the Mass, and I pray I never forget it.
In the last few days, New Advent has run many articles about funerals and death and dying. I've clicked on every one. Even though I did not know the deceased very well (for my friend is the fiance' of my brother, so my brother is their considered family member, not me), the words in every article seemed to speak to our situation.

I was convicted when I read one article citing funerals as an "inconvenience" and in the end, the author was blown away by all the people "inconvenienced" to come...and how much that meant to her when she saw those mourners paying respects to her own loved one.

Today, during the funeral Mass, I pondered both my experience as well as those I've attended as a mourner, as a friend, and I realized that indeed, one of the reasons I dislike funerals is because of their utter inconvenience.

They always happen mid-week, at odd hours, and one must take either a half or full day from work, if not more. One must often travel out of town, and make arrangements that go beyond those required for daily tasks.

I didn't want to go to the funeral today, or the wake last night, but I went, and it hadn't been in my mind to refuse; I went because I love my friend and her family, even though I hadn't seen her father for years. That didn't matter: I went because she is my friend and I know what it's like to lose my father. She's a new member of a horrible club and needed the support of fellow club members.

During the Mass, I pondered this reality. I was ashamed, to the depths of my soul, for not wanting to be there. I was ashamed, for I knew how important it was, for it means a great deal to a grieving family that others love their loved ones...and them. One of the best ways to show love it just to BE there. Presence says far more than words will ever express. Presence is eternal. Ink on paper, words on the wind...those are easily lost.

It was Divine Providence that my brother and I had been asked to bring the gifts, for I could not help but ponder the significance of this liturgical action. Usually during the Offertory, I bow my head and pray, trying to offer myself, my intentions, prayers for those I love...everything...in union with the Sacrifice of Christ. Today I was called upon to do something more physical and as my brother is not a practicing Catholic I had to help him also, to know where to go, when, and what to bring up. As it was I still flubbed it a little (I started to offer what I had before what my brother had as I'd forgotten to think about the order of reception! But the priest was gracious and is used to distracted mourners.) I felt bad...I could have better directed my brother, I could have been more aware...I could have reminded him to walk with me and not behind, etc.

Today, I was reminded that I don't have all the answers, and even when I am in "my element", I am still lost, I am still confused, and I am still but a sheep in need of a shepherd. I am a soul in need of a savior. I'm glad my brother got to offer his first, for it was so proper on so many levels.

Often God's lessons in humility are gentle, and hidden, but always so loving that we cannot miss the point.


Our Lord reminded me today that we are all called to death.
While indeed, yes, we do all face death, it is our little deaths in life that matter the most. We are all called to walk where we do not want to walk, to bow our heads in deference when we want to lead, to be silent when we want to speak, to suffer confusion when we most do not want to be confused.  We are all called to mourn not when we would prefer, but when God calls our loved ones home. We are called then also to the service of those who mourn the greatest, and offer ourselves to them in their simplest needs. In practical ways, in friendship, in service, in representation, and in presence.

Simply to attend to a death, we must die to ourselves. We must put our own lives aside to give comfort to the lives of others, and pray for the eternal life for the one who has been called into eternity. 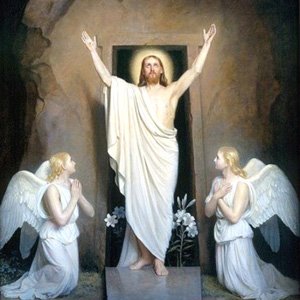 Yes...this is our call. In life we are indeed in death, for we cannot live eternal life unless we are willing to die, over and over again, every day and every minute, all for the sake of Christ our Lord.

Please pray with me for the father of my friend:
Eternal rest grant unto him O Lord, may your countenance shine upon him, and may he and all the Holy Souls in Purgatory rest in peace. Amen.
Posted by Adoro at Tuesday, October 25, 2011

When my Father died my Mother asked my brother and I to do the readings. This was difficult on many levels. I have two other siblings besides the brother who was asked to do the reading. I do not know how I got through it. We were blessed to have Father Welsbacher as the Celebrant.

Plus the Three Hail Marys for him.

And one for you.