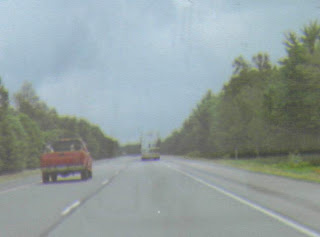 I've written of this before, and it's something I often ponder as I continue to hang out in this unconsecrated limbo that is my life. Finally I am beginning to see things differently. There are no new and surprising revelations, just connections being made between those things, helping me to understand myself and God in a way that brings greater clarity.

When I was young, I remember sitting with my Dad at the grill on Sunday afternoons, "helping" him to barbecue chicken, chatting away with him. Even as I was a "Daddy's Girl", Dad was totally devoted to me, too, and it was clear that he reveled in my childish company. He was the epitome of paternal pride.

I can remember him telling me that, as an American, I could do "whatever I wanted" with my life. I could even be PRESIDENT (the highest honor he could imagine) even!  I giggled and said I wanted to be an Olympian, and he agreed that this, too, was well within reach, and asked me what sport I was going to dominate when I got older. I wanted to be famous, I wanted to light up Broadway...all of this, in Dad's eyes, was not just practical, but possible..and maybe even EXPECTED, just because I willed it.  If I "willed" it...so did he.

As a child, I loved these conversations, and I remember Mom being part of some of them, too. At times she just rolled her eyes (as I do now at the memory), and I'll never be one to discredit the importance of a father's encouragement in all things, big and small.  Dad encouraged my brother and I onto great things, and I can still hear him saying in his own form of rejection of our moments of self-pity, "God doesn't make junk!"

So there it was; that's at least part of the story (the part I'm willing to share) as to how I went to college and did everything I could (within legal and ethical means) to meet my own definition of myself.

Many of us have grown up under this subtle pelagian gnosticism; that we create ourselves, that we make ourselves. How many of us have been influenced by the seemingly-innocent phrase, "Life is what you make it"? Paired closely with that piece of fool's gold is the popular quote and it's own corollaries, "We create our own destiny."

Certainly we all have choices to make, but can anyone spot the fundamental flaw in such a statement and philosophy? Can anyone see what makes it incompatible with Christianity?

Both seem truthful up front, but look at them through the glory of the Cross.

Life ISN'T what we "make it".  Such a statement gives subtle acquiescence to the idea that we create ourselves...and if we create ourselves, what need have we of a Creator, who wills our good?  Within whom, then do we "live and move and have our being"? (Acts 17:28)   If we "make" our own lives, why do we have any recourse at all to our loving God, or do we deny His omnipotence?  If we "create our own destiny", isn't prayer a total waste of time? If that pelagian statement of self-creation is true, it is an utter denial of God's love and His own sacrifice for our salvation.

Now, I'm not denying that these statements can be informed and applied with a Christian perspective. However, without clear Christian discipline and definition in proper context, without knowing Christ and the objective Truth of our creation by our Creator who suffered and died for us, well, it's pretty obvious where such a thought process will lead. Given how often we see such pithy and insubstantial phrases, it's pretty obvious, also, why so many teens, and adults, for that matter, are looking to the world for meaning instead of God.

I speak from experience.

I was raised to be a good Catholic, but against the backdrop of the "Create thyself!" culture, I was lost.

No one ever really taught me to ask God what HE wanted for me, what HE had brought me into existence to be. No one ever introduced me to the idea that my life actually belonged to God, if only I would use my free will to allow Him to direct my path. Once I got to college, even if someone HAD brought that idea to bear, I was beyond the ability to listen; I was too busy "creating" my future. I was driven. My goal was my god and I had no need of any other. I was going to become what I wanted to be; damned be who I really was. 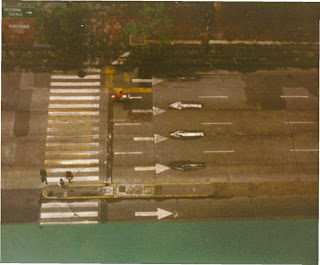 Although I grew up "very Catholic", there wasn't any kind of real encouragement to consider religious life as an option. Mom spoke joyfully of the nuns who taught her as she was growing up, but spoke also of their severity and discipline.  She spoke of the "Latin Mass" with great respect and even nostalgia, but I don't recall her ever once revealing that she had once thought she was called to religious life (a fact I learned only a few years ago) and I don't recall ever hearing encouragement from her or Dad to ask, "What does GOD want?  What is HE calling you to be?"

Instead, Dad gave me (with sincerity and with good intentions) the party line about creating my own future, and Mom used example alone, leaving the Vocations-talk to the parish, and never telling me her own story. In fact, whenever I discussed my future and what I wanted, she shot most of it down to the best of her ability, finding only two "acceptable options" for me:  music or teaching. Or teaching music. I know she spoke out of fear that I would run away and join the rodeo when I had the chance, but never once did she suggest that I truly consider religious life.

Then again, I was so hateful and rebellious towards her as a teenager, that perhaps she was certain I would verbally sever her head from her body if she were to suggest such an idea of donning a habit and veil and praying all day instead of cheetah-tackling villains.  So yes, it's my fault, too.

But still...it never even came up on the peripheral. Not in my family. The only time I heard the word "Vocation" was once per year at Mass, and the only time it was on my radar screen was when I thought Sr. Zaccheaus would bring it up because I sang and played flute at Mass and that probably made me a "target."

I FEARED this idea. I RAN from it. I REJECTED it outright. Such an idea conflicted with my personal philosophy of "creating myself" and "envisioning my own destiny."

As everyone knows, it's families that make up the foundation of society, and from that foundation sprouts both good parents and good priests/religious.

It took a huge smackdown to force me to look to God, and this happened even as my first career goal was reached, and my draw to Him grew in intensity with every subsequent failure.  Jesus had to knock every obstacle aside until I could finally, of myself, ask, "What do YOU want?"

It has taken years, it has taken, quite literally, blood, sweat, and tears.

I have gone from being intensely career-driven to being...what?

The ONLY thing I know to do right now, from the foundation of my nothingness, is to look to God, and from here, on my knees, maybe face-down in the mud that is my life, ask Him what HE wants for me. Not just the what, but the when.

For years now I have wondered why I am not so "driven" anymore. I have been trying to find my true ambition in life, what I really want. In all this drama, I've come to understand that although I've tried to define myself according to cultural and personal terms, all fall short. I can't define myself. I've already tried that, many times over. 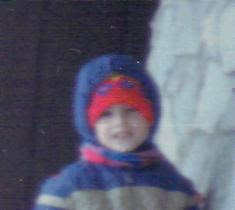 It is God who defines me. It is the Cross. It is the Resurrection. It is the final end towards which I am drawn that reveals who I was brought from eternity to become.

Now, it is not that I am not "driven".  Rather, it is that I am "driven" towards a different goal, and that goal cannot be defined in worldly terms. I am looking to become who I truly am, and this is what drives me now. The difficulty in this path is that it does not rely on my own self-creation, but refers to the reality that I am a created being, I am an adopted daughter of God, and no matter what I do, I cannot create my destiny. I can either reject it or I can cooperate with it, and it is in seeking cooperation, it is in willfully losing my own prideful self-definition that I might finally find God's.

Yes, I am still driven to success...but not according to terms the world would recognize: All I desire is this:  that, in Him, I live and move and have my being. I desire nothing  more, and nothing less.
Posted by Adoro at Monday, May 03, 2010