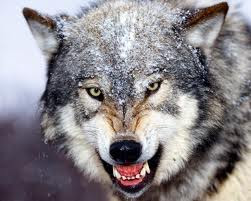 I'll never forget taking my first dog I adopted as an adult to an obedience class. The instructor informed us in no uncertain terms that we have taken wolves into our homes and we should expect them to be...wolves. Not human babies. As strong as the temptation is to want to "humanize" our pets, it's the worst thing we can do, because of course, they don't think the same, they don't "feel" the same, and, well...their genetic makeup is fully canine.

Now that I've had several dogs, both my own and fosters, come through my home, I've come more and more to understand what he was talking about. Especially now.

A couple weeks ago I took in another foster, a mix of a couple of the most beloved breeds, and things were going well - until I took him in to the groomer. His nails were terribly overgrown and he was clearly in pain so I insisted we get this taken care of as soon as possible, and certainly before a pending adoption.

Unfortunately, the grooming didn't go well. I'd warned the groomer that he was sensitive about his nails and she was ready for him. She gave him a chance, he snapped at her so she went to get the muzzle. The groomer approached him with the muzzle, didn't even touch him when, without any warning whatsoever, the dog  lunged and bit her, drawing blood.

She's fine, but the dog's future is in question. I got him into the Rescue's vet this last week to get his nails trimmed, but because of the bite risk, the appointment was nearly as traumatic for me as it was for the dog. Both the dog's placement coordinator and I were careful to caution the staff not even to approach him with a muzzle or someone would be bitten. They prepped the sedatives and took even more precautions to ensure he wouldn't bite when the needle went in. (I think he's fine with needles but when a dog has bitten the logical thing is to ensure it doesn't happen again, especially when the dog is already stressed.)

My foster had to be given drugs twice and STILL had fight in him when it came to the muzzle. He was completely out...but when the muzzle approached he leapt into action. Actually bit the Vet Tech once, forcing him to have to get the "cat gloves" and the hapless (and brave!) VT would have been totally torn up without them by the time they were finally successful.

Indeed, the dog's nails were finally clipped, and the good Veterinarian did indeed deem it to be "medically necessary", even prescribed painkillers for what may be an arthritic knee. She was able to do a good exam while he was out cold (and muzzled), and I'm thankful - because he almost bit me a couple days later when I barely and unintentionally brushed against his bad knee.

So as it goes, my foster, whom I am calling "Aslan" because he has a huge mane and, well, isn't a "tame lion, you know", has a behavioral evaluation tomorrow. All the rescues are temperament tested before they go to a foster, but when problems are identified, they get more intense scrutiny. 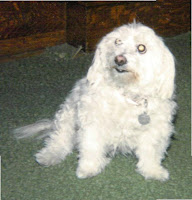 Life in the Balance

I grew up hearing from our Mom that if our dog ever bit anyone, she would be "put down". No question. My Mom was raised on a farm and it was unacceptable for a family pet (usually kept outdoors in their case) to bite a human being. I don't disagree with that standard. However, I have come to realize there is room to allow for hope, and that also comes from the same Christian upbringing. While Jesus did not die for animals, he did give we humans dominion over them and the ability to use reason - and training - to properly steward these creatures.

Sometimes humans do horrible things to animals and cause behaviors the animals themselves would not choose if not completely traumatized. Some of those things CAN be overcome. A dog is not a shark; the taste of blood from a bite does not automatically mean that a dog will start biting indiscriminately. They don't have interest in that; they bite for a REASON. Find the reason and perhaps they can be saved.

That is the case with this dog. I'm sure of what happened to him:  his paws and nails were never handled and were totally neglected for care. When it came time that they HAD to be done, they didn't work with him, decided to muzzle, forced the muzzle on (again without training), took him down and hacked off the talons, probably causing pretty major pain. This probably happened more than once, and NOT by professionals, but by whoever owned the dog.

His aggression triggers seem to be limited to any kind of ongoing pain, his nails, muzzle - and anything that would be painful. This is a scary thing. Right now he can't be trusted; even I won't push him if I'm not sure how he's going to react. I'm careful to watch every bit of his body language so as to avoid setting him off.

Tomorrow, I'm taking this boy to the Rescue's Behaviorist for an evaluation. My understanding is that the Behaviorist will trip "Aslan's" triggers with what we know and I guess, push the envelope in other ways as well. She will determine if we can work to desensitize him and give me instructions as to how to go about it.

Years ago I had a dog who was both fear-aggressive (nonspecific triggers) and had major separation anxiety. While it's nice to have had that experience under my belt, and while that past experience helps me to have no irrational fear about the dog in my care now, I claim no expertise. This is very much a learning experience and as this is not my dog but merely a foster, his LIFE depends upon tomorrow's meeting and what I am able to do, with the Behaviorist and the dog going forward.


So...I realize many people have had bad experiences with dogs and may have grown up just as I did, with the equation of "Bite = Death". Please let me introduce this dog to you in the way I see him every day: 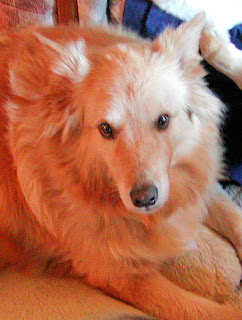 "Aslan" is the perfect gentleman inside the house.  He sits on command, is completely housetrained, stays in my room at night and remains quiet even when my usually-quiet GSD barks at something.  I usually wake up to find "Aslan" lying directly next to my bed waiting to greet me. When I do arise he tries to circle and is only hindered by his girth as he's about 30 pounds overweight. (He should weigh 50 - 60 lbs max but weighs over 91 lbs).

"Aslan" has probably lost a couple pounds since he came to me, and LOVES his walks. In the beginning he struggled with the short ones but now tries to lead the way and I have to keep him from crowding and "herding" me on our regular walks. On bad days, as he has maybe a little arthritis in his knee, he lags and may sit - that's become a cue to me to take him home.  For now he's on anti-inflammatories which hopefully will help and I think already have done so!

"Aslan" defers to my GSD (as Queen Bee of this house!) and prefers the floor to the dog bed but still finds his way to the dog-designated futon when it suits him. He's directable and loveable. He loves attention, wants to be petted, knows how to "shake" and takes treats so perfectly an infant could offer it to him without a mother's moment of worry.

The other day I discovered "Aslan" likes it when I sing, but tonight, I learned his favorite song is "Lil' Red Riding Hood", Amanda Seyfried's version. The very moment I began singing he sat up, after awhile started to vocalize every time I stopped, and when I sat on the floor, still singing, he came over, laid his head in my lap, rolled over so I could rub his (considerable!) belly, and then stood only so that he could turn around and sit in my lap to be petted.

This is a wonderful dog and it breaks my heart that he has been so traumatized that his fear has driven him to draw blood from human beings. "Aslan's" nature is to be someone's buddy. He's protective, he's cuddly, and he's obedient.

And his life is in danger; not because of the Rescue or because of me, but because some people in his past have so traumatized an innocent creature to the degree that we may be unable to un-ring that particular bell.

There are some who think the lives of animals mean nothing, or try to compare the lives of human babies to those of animals. There is no comparison. As a Catholic, I know it is both-and. While I give far more weight to the life of a human child, that does not mean that some of us have not been called to the area of Catholic Social Teaching in the area of Stewardship for Creation. I am not a mother, I do not have children. I am Pro-Life and work professionally with religious organizations that promote the end to abortion and contraception. 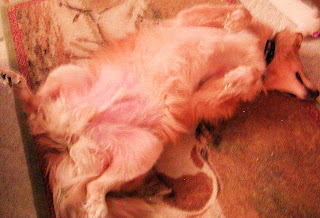 But in my personal time, because I am able, I find I can help some animals, I have gifts in this area, and right now there is a life in my care. Some human beings in this dog's past put his life in danger through really horrible abuse, and all the work I do with this I offer in reparation on behalf of those who hurt him. I have hope that this dog will respond to training and hope that tomorrow's evaluation will go well. I am assured of support from the entire Rescue.


Everything I do for animals I do even more for human beings, for every service to the former is ordered to the eternal life of the latter.

And since now I know "Aslan's" favorite song, I will sing it to him as often as necessary to tame the bad wolf within him.