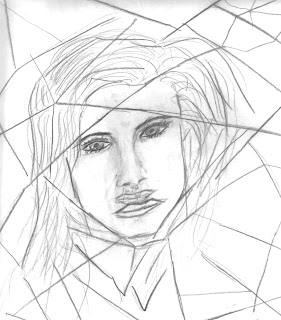 It's been an odd week; even as I was encouraged and strengthened by several conferences and talks, time in Adoration, and Mass, other powers have been at work actively discouraging me in too many ways to count.

I even received an email this weekend telling me to maybe NOT pursue the path that I’m on (in discerning the Passionists), but rather, go over old ground, look at that ground again or choose something lesser than the chalice I think is in front of me now.

I found the email to be so ironic; just recently I spoke with a group about Garden of Eden and the slithering voice of Satan, and listened to a speaker talk about how there is a temptation out there to ask us to be LESS than what God has called us to be.

The email disturbed me greatly because it played into my own doubts and fears, almost word for word. They are the same doubts and fears that have held me back for a very long time, and now, here is this exterior, allegedly objective “voice” saying, “Oh, you should actually look at this instead of this, you should consider a lesser commitment instead of making such an offering of yourself. Maybe God is calling you to what you thought before and not this amazing thing it took Him so long to get you to consider.”

In that email, I clearly recognized the scent of sulpher, something the person writing didn’t even know they were bringing.
The messenger is innocent; the spirit behind the messenger isn’t.

And it has made me consider, too, how often I’ve been a tool, how often I’ve spoken carelessly, allowing the wrong door to be opened, maybe bringing discouragement to someone else who really needed affirmation instead.

The sad thing is…this discouragement hit me this weekend not just from a random email, but from a lot of other sources as well. All weekend long, all WEEK long, I’ve been plagued by doubts, discouraged through a number of things, wondering how in the world any of what I think God is asking me to do can possibly happen, especially with my history, the reality of my life?

I know who I am, God knows who I am, and realizing there’s a lot to go through is difficult enough. Yet it seems everything is being piled on, one thing after another. And then this weekend…this.

So it is that I’m so thankful for some advice received from a priest at my parish, something he told me several months ago. When he learned of my discernment, he told me that there would ALWAYS be doubts, and they wouldn’t go away.

He didn’t tell me they’d get worse, but that’s been the case. Ever since I made the decision to go in one specific direction, I’ve been under attack both from expected and unexpected sources. 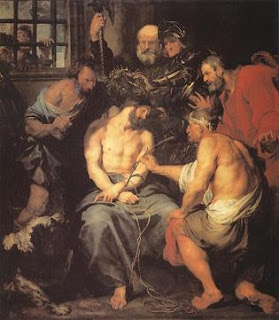 Maybe this is what it means to keep one’s eyes on the Cross. To walk through that dark valley and know that the shadows don’t matter. Yes, the shadows must be confronted, each one, and we must pass through them, but in the end, they have no authority over us. The only shadow that matters is the one of the Cross, the one we follow, because once we’re within the shadow of the Cross, nothing else can touch us. The shadow only looks dark because the light of Christ is so strong it blinds us – and makes us see everything more clearly that we ever have before.
I only wish this valley weren't so painful, but were it not, there would be no sacrifice to endure.
So be it.
I only pray not to be alone in these moments, and in looking to the Cross, I know that there will never be such complete abandonment as that experienced by Our Lord when He cried out in the depths of His agony.
I suffer so much less.