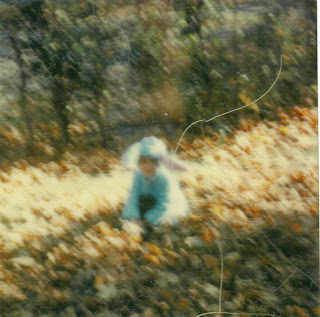 Deb at UKOK did a "general tag" at her blog, and because autumn is my favorite season, well, I'm adopting this Meme as my own.

When does fall begin for you?
Here in Minnesota, it sorta begins in September, but the colors don't peak until mid-October. In northern Minnesota, they're already peaking in the middle or end of September.

What is your favorite aspect of fall?
Crisp temperatures that blend with the vivid colors against bright blue skies.

What is your favorite fall memory?
When I was a little girl, we lived in northern Illinois and had a Sugar Maple (think bright red leaves!) in our front yard. My brother and I used to climb the tree and hang out in the branches, in one of our few moments without the ugly reign of sibling rivalry. (I loved my brother to pieces in those moments.) When we felt like it, we'd jump into a pile of fallen leaves. There was a rule...the person who had last jumped had to rake the leaves up for the next person. My brother could always climb higher than I, and we actually had to put the picnic table at the base of the tree to enable me to climb onto the lowest branch. The first time Mom saw this happen, she rushed out, terrified, thinking we were falling out of the tree. Once she saw what we were doing and the large pile of leaves, she went back into the kitchen, content to watch through the window, admonishing us not to jump from any higher. It was maybe the one time we didn't disobey, and one of my most poignant memories of friendship with my brother.


What do you like to drink in the fall?
Spiced mead? (Actually, I've never had it but I have the spice packet in my cupboard). Red wine, hot cinnimon cider, hot chocolate. Above all...a really good Pinot Noir. The bouquet of burning leaves melds with the atmosphere at both table and campfire.

What is your favourite fall food? Garlic soup! French Onion Soup! Chicken Tortilla Soup! Soups! My Kingdom for a Soup!

What is fall weather like where you live? In Minnesota, it varies. We can range from the 30's at night (Fareinheit...below freezing at 32 degrees), to the 80's in the afternoon. The higher temps tend to be rare, so more average is 70's in September (20 Celcius?), to the 60's, to 50's as we progress towards November. I would have to say, though, that October is the most beautiful month of the year in this state (or at least my part of it in East Central Minnesota). Temps are comfortable, colors are beautiful, great sleeping weather, great outdoor weather....


What color is fall? Well, on my street, laden with the trees I can't name that all turn yellow this time of year and drop their leaves prior to peak...it's yellow. While my street is completely skeletal, the rest of the word is ablaze with color. The Sugar Maples, few in number in my neighborhood, start turning red from the top down, a brilliant nearly-neon red, losing their leaves at the tip, baring skeletal branches even while leaves at the base are still green. The Burning Bushes next to some of the buildings are vibrant in their orange-red color, the Sumac is red in the ditches, and everywhere there is a mix of green to yellow to orange to red. And don't forget about the yellow-green-brown reeds in the slough, the brown cattails, the black-eyed susans, the lavender (or at least lavender-colored) prairie flowers...and the taupe and black of the Canadian Geese. Fall is a cacaphony of color, the fulfillment of earthly brilliance, the olfactory climax of the best God's creation has to offer.

What does fall smell like? Fresh, crisp air, drying leaves, burning leaves, (like a good Pinot Noir....my favorite wine that tastes like burning leaves). And later, in November (if we're lucky), the scent of fresh snow even before the first flurry flies on the breeze.

Holiday shopping in fall: Holy-day shopping? Oh...we only have All Saints' and All Souls's day in the fall...I don't shop for those. I go to Mass. It's a LOT more fun than shopping. I hate shopping. Although I do shop for fall/winter clothing this time of year because it's nicer than summer clothing, it's more modest, and sometimes you can find the COOLEST sweaters! For cheap if you do it right!

If you could go anywhere in the fall, where would you go? I'd like to head up highway 61 towards Thunder Bay (if you're not from MN...get a map!). I've also always wanted to travel up the New England coastline in the Fall. Although, honestly, anyplace with daytime temperatures in the 50's (F.), bright colors, and blue skies, well...that's enough for my contemplative romantic heart. The crashing of the waves only adds to the romance.

What is your favorite fall sport? Can't say I have one. I do fondly remember High School football games, trying to stay warm under a blanket, wearing a coat over my Band uniform (I was in the Flag Corps for Marching Band season), the bright lights of the field, the rivalry with a particular team....gotta say, it IS the season for Football! Now, where I used to hold frozen nachos in cardboard, I'm content with a beer along with my bad nachos!

A few years ago I also attended a Steeplechase, part of an Eventing competetion. For those not into horses: Eventing consists of three events: Dressage, where the horse and rider cover an arena through a series of proscribed steps and are judged on their showmanship and accuracy; the Steeplechase portion -there's another term that escapes me - that is a racecourse over turf (grass) and varying jumps, a few miles; and Stadium Jumping, where they try to perfectly jump a series in an arena.

I gotta say...that competetion STILL feeds my imagination, and I've decided that before I die, I need to compete in Eventing. That's about as likely as my other strong desire to compete in a true Downhill (skiiing).

Do you have a favorite fall chore? No. I avoid chores. I was introduced to chores as a child and didn't find them to my liking...that's why I bought a townhome. Which still requires too much work. And I still don't do them.

What is your least favorite thing about fall? I miss most of the beautiful weather due to work or school on the most perfect of weekends.

What is your favorite fall holiday? Well, here in the US we celebrate Thanksgiving the last Thursday in November. My understanding has changed over the years, and so now, I'm even more thankful, especially considering WHO we're thanking. I spent a semester in Mexico in 1994 so missed Fall that year, and thus Thanksgiving...but our Mexican hosts (through the school) brought us together to celebrate our National holiday with them. It wasn't the same; everything in nature was still green, the turkey was good but not quite the same as it is at home, and we were eating outside as though it was the 4th of July. But it was beautiful; for as we'd celebrated their National Day of Independence (including the Grito de Hidalgo) with them on September 16, so they celebrated with us the Feast of Thanksgiving. And we all gave Thanks to each other, as friends and as nations. God bless America...and God bless Mexico, my second home. If I ever fled America...I'd flee to them, my second family. Would Mexico welcome me back?

What’s your favorite kind of pie? I know I'm a Yankee, but there's nothing better in the Fall than a home-cooked Southern Pecan Pie! But as Pecans aren't so native here in Minnesota, I have to say that Mom's Apple Pie is at the top, as is Pumpkin Pie, and a few years ago a co-worker brought in her family's recipe: A Sweet Potato Pie! Do I REALLY have to pick a favorite? I also seem to recall a college friend whose family came up from New Orleans...and cooked us all an amazing Southern Dinner....including Sweet Potato Pie! (God bless Clarence and his family!)

Which do you prefer, the Farm or the Fair?
Hands down - the Farm! The pastures, the fallen apples, the splendid trees, the creek, the farm road, the cattle lowing near the barn..the scent of cider in the kitchen after a long day...

Do you have a favorite fall book? Um...a cookbook?

How about a favorite fall poem or quote? No. Most writers and their quotes speak of autumn as a season of oncoming death, but in autumn, I see life fulfilled in resplendent beauty.

Email ThisBlogThis!Share to TwitterShare to FacebookShare to Pinterest
Labels: Wine

I love that! I've been craving pumpkin pie too - will have to make some soon.

Vincenzo ~ It's yummy stuff...I may make some tomorrow evening, maybe Monday. Want some? :-)

Well, if you lived anywhere near me (as I don't know where you live, we might well be neighbors....wouldn't that be a hoot? lol)...I'd make some for you. Tonight I decided on spaghetti, but I may make the soup tomorrow or Thursday (the evenings I'm home this week.)

Now..I don't make mine with rice or corn, but I could, as both are easy to add. I do add a lot of onion, fresh tomato along with the canned diced flavored stuff.

I like to slice fresh avocado on top, in the bowl after it's done. Thanks! That would cool, as I've been so malnourished lately. ;p Unfortunately I do live far away.
Spaghetti sounds good too! I baked chicken breasts - will probably make soup tomorrow.

Oh, yes, fresh sliced avocado! I LOVE avodado! (I also make a mean guacamole...a semester in Mexico was very good to me!) Also a little sour cream, some cheese....mmmmm...jalepeno...

Now...I really do need to learn to make Chicken Olive soup. That was something my host mom made a few times, and it was incredible!

There are many other native, non-native and hybridized maples with less vibrant colored leaves.